Gearing up for the upcoming World Cup, Nike unveiled their new Mercurial line boots. At first it doesn’t look like it changed much, but they claim that its new adaptive traction system (think of the shocks on your car), will improve the footballers grip and speed on any type of pitch. I’m not sure I buy all these claims, but the boot does look cool. It keeps the typical slim-fitted Mercurial design, that if I’m not mistaken, was introduced by Ronaldo (the brazilian one) in the 98 World Cup. I had a pair of the Mercurials a while ago, and they are pretty light, and give good grip, but the feel for the ball wasn’t as good as the more heavy Tiempo boots, or the now ceased Ronaldinho line (those were the best boots I have ever had: very light, and you can get a good feel for the ball). Anyways, this is the first day of a two day event, where Nike is unveiling their sponsored National Teams kit for the World Cup. And it also basically, put Ronaldo as their main athlete for the event. 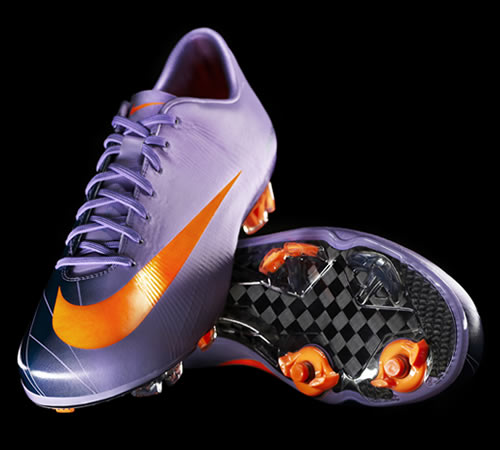 Here’s a little spot that was made before the 98France World Cup, featuring Ronaldo (the brazilian one) and his new Mercurial boot: